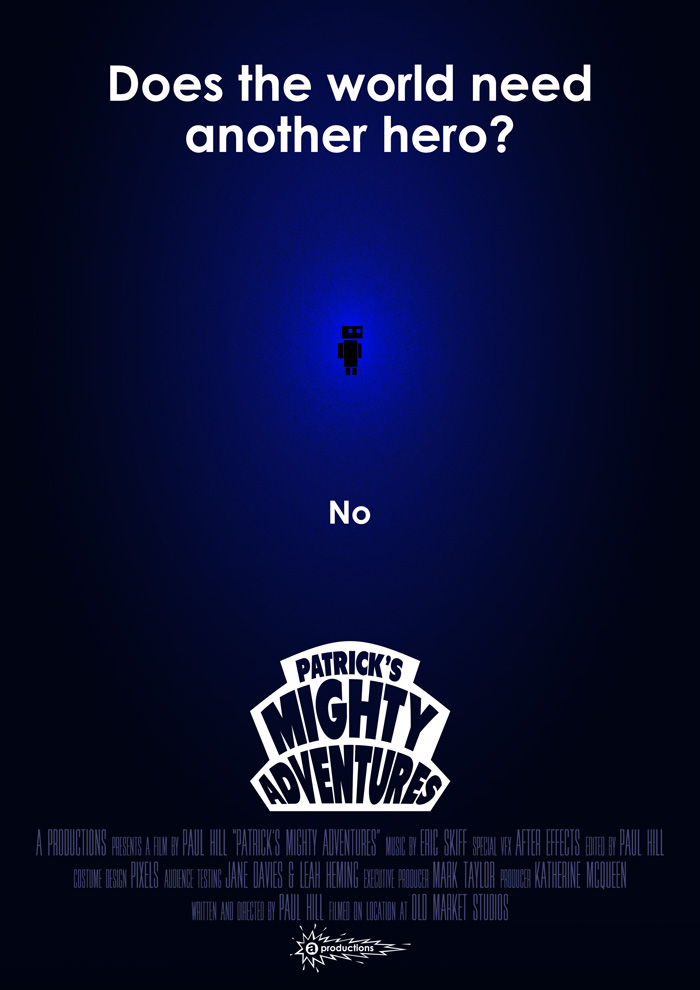 I had the idea for Patrick and his strange escapades a few months ago.  Originally I was going to produce a choose your own adventure style game.  The idea being that you’d watch a video on YouTube and then be given a choice of continuing videos at the end.  I started working it out and was surprised by how many videos you end up having to make.  I was going to produce all this in my spare time.  However, as luck would have it I ended up having some free time at work.  So the idea of making multiple videos was knocked on the head and I decided to just get one short film finished in the time I had.  The intention was to emulate the classic style of point and click adventures from the PC and Amiga era of the 90s.  So the animation was mostly simple loops and all the dialogue appeared as text.  I always preferred those adventure games with text instead of audio.

As the film was completed as part of my day job it then became an official A Productions project.  So it would be remiss of me if I didn’t direct you to the film on the A productions web site itself.

I hope to make some more adventures for Patrick soon.

I always enjoyed the Fighting Fantasy game books when I was a child. Of course now we have computers, consoles, phones and tablets for our gaming needs. However, there are some companies that are bringing back the spirit of those … Continue reading →