Every Animated Encounters festival has a special guest event. In 2002 Matt Groening, creator of The Simpsons, presented and spoke about his favourite animated films. The event was called Desert Island Flicks.

I was asked to design an image that could be projected behind Matt as he spoke about his selected films. I decided that it would be a nice idea to have the top of Homer’s head sticking out from beneath the sea and looking like a desert island. 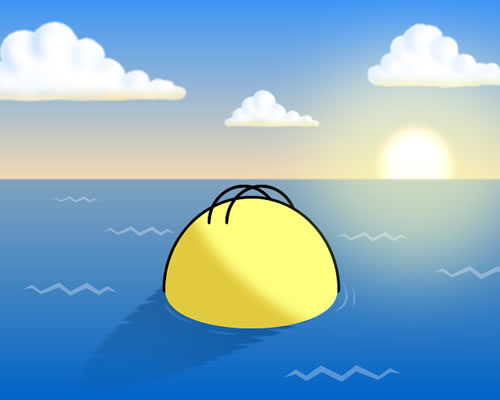 The organizers of the festival liked the image but felt that there may be trouble with copyright legalities.

So, with the little time that I had left I quickly redesigned the image. I removed the hairs and added a couple of palm trees. Now it simply looked like a desert island. It wasn’t very original but it would have to do.

On the night of the event, when Matt started his presentation he looked up at the image and said, “Is that Homer’s head?” 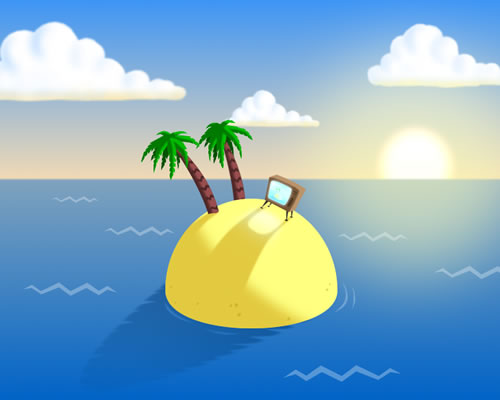