The invitation to the 2004 A Productions Christmas party was adorned with an image of various members of the A Productions staff in superhero guises. The characters were created by Ian Friend and Louis Jones. 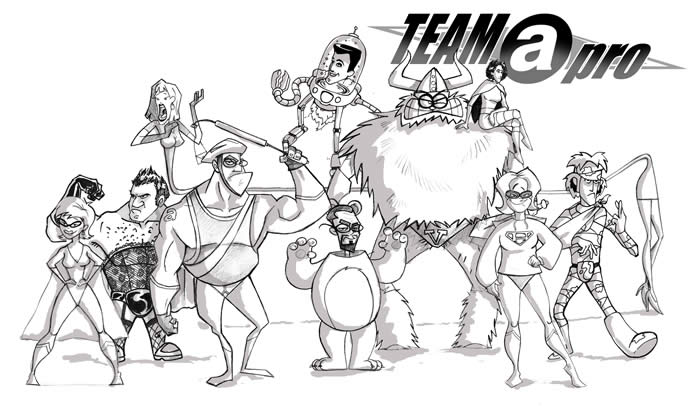 Vouchers were given out on the night of the party which could be exchanged at the bar for a drink. Ian Friend created the artwork for these vouchers. 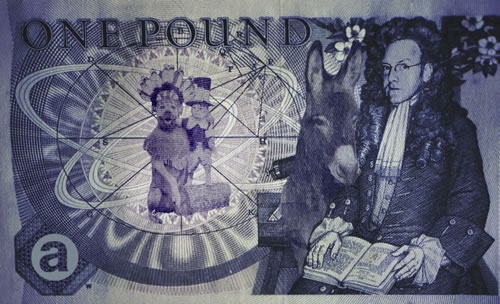 The dog and cat in fancy dress were taken from a real photograph found on the internet. Also notice Mark Taylor’s face willing you not to spend the voucher which would incur more expense on the company. The cheeky donkey wants you to spend it. He doesn’t care.